Skip to content Skip to sidebar Skip to footer

Check your settings when you are happy with your print preview press the print icon below. 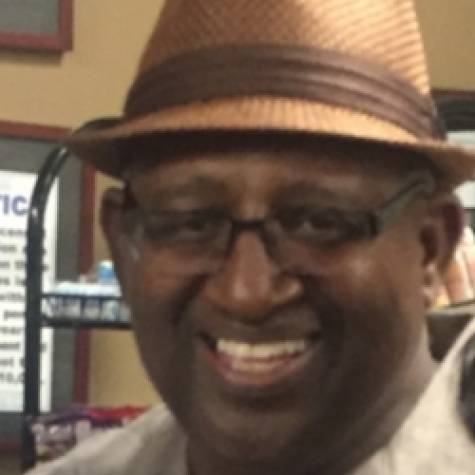 Services are private but video will be available via this website. Please check back for details.

Please choose your subscription settings below, you can unsubscribe through email at any time.

Floyd Hamilton Williams was born on October 13, 1952, in Marshall, Texas to the late Flora Bonner and Aery Williams. Floyd was unified in Holy Matrimony to Sheila Williams in June 1973 and to this union, they share two beautiful children, Dorian and Aerin.

Floyd was educated in the Beaumont Independent School District and was proud member of the 1971 graduating class of Hebert High School. After graduation, he attended Lamar University and enlisted in the United States Army and achieved the rank of Spec. 4. He spent decades thereafter as the owner-operator of Floyd H. Williams Trucking.

Floyd had several hobbies that he took great joy in sharing with others. He was an avid reader and shared books with his friends and especially, his Aunt Fay. He also loved to write. He loved to cook – especially BBQ and baking – and often tried to convince those who tasted his food that it was the best they had ever eaten. Holidays were filled with cakes and pies. Photography was another hobby that Floyd took up later in life, capturing family and friends, as well as landscapes on his cross-country journeys. He saw 48 of 50 US states over his lifetime.

Floyd was preceded in death by his mother; father; brothers, Adolphus and Larry Walton; and his grandmother, Idee Williams, who played a significant role in his life.

There will be a private burial to honor Floyd, though the recorded service will be made available via this website. Please check back Tuesday for those details.